The developers of VLC are currently working on brining the popular media app to the new Apple TV. The current version can play all video formats, but is not yet ready for release.

VLC is a free and open source media player that is known for the fact that it supports many different file formats. The app does not have a problem with playing video formats like .avi, .mkv and .mp4, but you can also play MP3, WAV and FLAC files. In addition, VLC can handle Blu-ray, DVDs, VCDs, and various streaming protocols and image files (like ISO). In short, no matter what media file you have, VLC will play it.

Since last February, VLC is again available in the App Store, after an absence of several months. In addition, the media player is available free for OS X, Windows, Linux, and Android. Meanwhile, the devs are working hard on version 3.0 of the app. The new version will make it possible to stream videos in VLC to your TV via Chromecast.

The current version (2.6.4) can be downloaded via the link below, requires 56,6MB and iOS 6.1+ and has support for Apple Watch. Thus, you can operate VLC with your smartwatch. 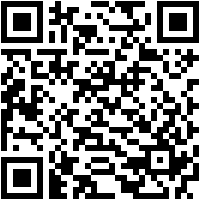