Don’t Starve is an indie game that already has acquired the necessary publicity on PC and consoles, but now the survival game is also available for the iPad.

This is Don’t Starve

Don’t Starve is a survival game. Many have been comparing it with Minecraft, but while you explore a world in both games and defeat enemies, there are differences. Don’t Starve is much more unforgiving. Make one little mistake, and it could be disastrous for your game. And dead is dead, so you have to start all over again.

Don’t Starve throws users into the deep and at first you may not know what the intention is. You pick some berries and you eat some carrots against hunger. Then you realize that you need a hatchet, so you can cut down trees and make a campfire. Because when night falls and you have no heat, then you get hungry beasts around you. And that means game over.

Behind the seemingly friendly style of Don’t Starve is a very deep system hidden. Using devices and by combining things that you find, you can make all kinds of new things that can help you. This way you’ll make progress. Yet perseverance is a must because you will certainly die once. If you don’t die of starvation, then maybe you will by winter cold or hostile beasts.

You are viewing the game from diagonally above and control works very nice on the iPad. Where you click on the computer with the mouse, you point out on the tablet with your finger on what should be done. Did you miss this game on other platforms and do you know what it’s like to survive in a strange world? Then don’t miss Don’t Starve on the iPad. The makers have already hinted at an iPhone version of the game. 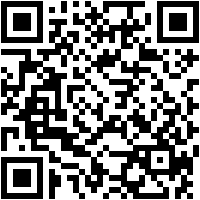