Android smartphones tend to diminish over time, especially if you use them intensively and download many apps. Super Touch make the interface more flexible, so that glitches and delays are a thing of the past.

Super Touch sounds almost too good to be true: by installing a simple app you make in a second the interface of your Android faster. You should notice when switching between home screens, scrolling through the app drawer, or when you zoom in on websites in the browser. The app must ensure that apps load faster and that the virtual keyboard is not faltering while typing. And all without compromising battery life or speed of your device negatively.

We decided to test Super Touch and downloaded it from Google Play. After watching a short explanation you just have to press a button to start the function. You can drag a slider to the right to determine how much faster the screen should react. The default is 190, but if you have a device with a more powerful graphics chip and a higher screen resolution (such as the Samsung Galaxy S6) the switch must be some further to the right. In the description of the app are brief instructions; so for a screen with a 1080p resolution it is recommended to set the slider at least in 1520.

After about a minute ‘Smooth Touch’ starts working and you should have noticed the difference. On high-end devices such as the aforementioned Galaxy S6 the difference is logically not dramatic, though Super Touch reduces stuttering while scrolling and typing. Many apps that promise similar improvements often require root access. That does not apply to Super Touch, though the application does access your phone status and identity, and your storage.

Super Touch makes your Android faster and also provides the opportunity to extend your battery life. From the app you turn on ‘Battery Save’, after which the battery of your device should last several hours longer. Useful if your smartphone is not only slow, but also suffers from a lousy battery life. The function seems to do its job well, although most Android devices already have a built in power saving mode.

Super Touch is a small app (2,1MB) that delivers on its promises largely and definitely worth trying for anyone with a slow Android phone. The app works with any device running Android 3.0 and later, and is free to download via the link below. At the time of writing, the application does not contain in-app purchases and advertising. 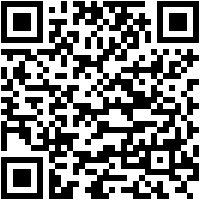