Socio Ball is a new puzzle game for Android and iOS where you have to play in a creative and social way. This game feels fresh and playing it is a lot of fun.

The puzzle game Socio Ball appeared early this year for iOS, and this week was released for Android. Now, puzzle games are not so special, but Socio Ball still feels fresh. This is mainly due to the cool approach to the game.

The design of Socio Ball is very simple. You should get a ball from point A to B, by making the right “tiles” in the right place. You do this in a simple but charming game world. Making use of soft colors, which give the game a somewhat childlike appearance. Yet Socio Ball is fun for everyone to play because it soon becomes hard to beat.

By default, there are 60 puzzles available, but that’s not the only thing the game has to offer. There is a level editor available, with which you can build levels. The cool thing is that you can share them instantly with others via Twitter. When you send a tweet, anyone who has installed Socio Ball can play your puzzle. It is also possible to tag friends.

Furthermore, the control of Socio Ball is quite simple. You drag tiles to move them and release it when they are in the right place. Should anything go wrong, you can always press the lower right button to start again. So you can calmly think about how you’re going to solve the puzzle, which makes the game enjoyable to play.

Socio Ball is completely free to play on Android and costs $2,99 on iOS and has no annoying in-app purchases. Through the links below you can download the game. 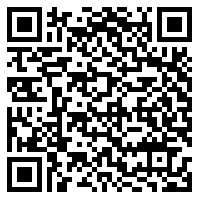 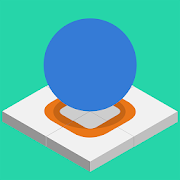