Snapchat is extremely popular and for good reason: This chat app can easily send photos and videos to your contacts, but they can only look for a limited time. Read this guide to learn more about this wonderful app.

What is so special about Snapchat?

Millions of young people use Snapchat daily to communicate with each other. What is useful about the app is that your messages, unlike WhatsApp, automatically disappear forever after several seconds after receiving. Besides crazy pictures and videos, there are of course many exciting snapshots sent with Snapchat. Precisely because this could be done discreetly, the Snapchat app is so popular; after all, you do not have to worry that your message gets out and is visible for everyone.

For chats the same rule applies, like photos, they are only briefly visible. If you close a conversation in Snapchat, then the messages disappear. You can, however, choose to make a screenshot of the conversation, though the other person gets a notification of this. To start a chat, you wipe the name of a friend to the right. With the press of a button, you can then start a video call.

How long does a snap persists?

Basically, Snaps (that’s how Instant messages are called), are available up to 24 hours to check for the recipient. When you send a message, you can set how long the receiver should look at it before the picture, video, or chat disappears permanently. Is your message after one day not viewed then it disappears for good.

Can I make a Snapchat screenshot?

Making Snapchat screenshots is, therefore, a risky business, and that’s a good thing. Screenshots are defeating the usefulness of Snapchat: sending discreet photos and videos. Would you like to save Snaps without getting noticed, you can use unofficial apps such as SnapMod. Keep in mind that using this kind of apps is at your own risk.

Beginning 2015, Snapchat added a new feature in the app that allows detection of news from National Geographic, CNN, Cosmopolitan, Comedy Central, and more. The stories are compiled by journalists, publishers and editors of Snapchat. Snapchat Discover is always enabled and is updated daily to show news and advertisements. Thus, the function must also be earning money for Snapchat, which previously had no real business-model. Nevertheless, the value of the app is estimated at 10 billion dollars.

Videos and news articles in Discover feature a repeating video or moving image that quickly shows what the corresponding message is about. With a swipe upward, you can read the full report or watch the video.

You can download Snapchat for free via the links below. The app size varies by device, but basically Snapchat works with virtually any device. 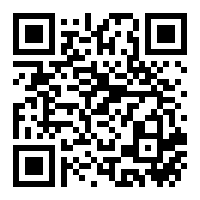