Slide for Reddit is a new app for Android. The app is distinguished mainly by the fine interface and attractive appearance.

Reddit is one of the most popular websites on the Internet, but so far no official Android app has been launched. It is in the making, but until then we have to do with third-party applications. The new Slide for Reddit is a good option. The app implements Reddit nicely in an Android app, has useful features, and looks good.

The latter is due to the use of Material Design. Slide for Reddit uses bright colors that you see in the bars at the top and is operated using an action button to activate functions. You also have the possibility to add color to various subreddits. For example, if you like to read the Android subreddit, you can use the color green to make this subreddit recognizable.

Slide for Reddit is also packed with useful features. You can quickly search for subreddits, easily add comments, and there are different modes available to read content. By default, there is support for gif and the app includes a built-in browser.

Slide for Reddit is currently in beta in Google Play Store. So keep in mind that the app crashes occasionally and still contains some mistakes. However, the application works fine in most cases. Through the link below you can download the app. 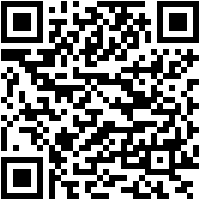