Ski Safari 2 is a cool new iOS game where you’re going down an infinitely long mountain on a snowboard. The game looks neat, plays nice and is ideal for picking up briefly.

Ski Safari 2 is the successor to the popular Ski Safari, which has more than 140 million copies downloaded in the App Store. Ski Safari 2 builds on its predecessor and introduces a number of new gameplay elements. Yet the snowboarding stays central: you race of an infinite high mountain while performing all kinds of stunts.

Ski Safari 2 operates the same as the original. That means that the doll moves automatically and your job is to jump in time. So dodge various obstacles, including large stones and wooden huts. To make this a bit easier, it is in Ski Safari 2 possible to use animals to fly temporarily.

New is the multiplayer mode, which allows you to play on your iPhone or iPad with friends or family. It works remarkably well and makes the game a lot more challenging. During the game, you unlock new worlds and collect coins to buy new equipment and outfits. This allows you a lot of hours in the game.

Ski Safari 2 is a typical game that you can easily pick up but hard to put away. The game is more expensive than its predecessor but is that money as we are concerned more than worth it. Via the link below you can download Ski Safari 2 . The game is 93MB in size and works with iOS 7 and higher. 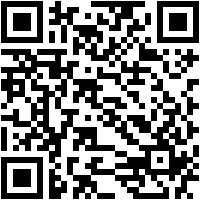