A king with a gun must ensure that his kingdom is not flooded with green monsters. Your task is to pop them out of your land in this game with retro looks.

Tiny Empire is a game where you blast through over 80 levels in order to protect your kingdom. You do that on a card that clearly draws inspiration from old games. In any case, the 16-bit pixel art is well presented in the game.

When you begin to play, you get directly the sense to play an Angry Birds clone again. That is not quite the case. In this game, you don’t shoot any birds, but (different) cannonballs. These all have their own power, but not the personality of the colored birds.
In addition, the environment in Tiny Empire can not be broken. You collect three stars in each level by shooting enemies on the level. You can touch construction drawings around you, but they always remain intact. The further you get in the game, the smarter you must deal with several bullets. Use your strong orange ball to shoot two figures of a plateau or conserve it for those four orcs little further? A very deep tactic is not necessary, but it keeps the game fun.

Soon you will be ‘helped’ by soldiers of your empire. These quotes are not there for nothing because the soldiers are actually just in the way. They move like most monsters, but you can not touch them or it will lower your score.

Fortunately, you can always buy better equipment for the soldiers by playing well, which protect them better against friendly fire. The gun is upgradeable, so you also want to keep playing.

Tiny Empire looks good thanks to its retro style, but the gameplay feels sometimes too sparse and outdated. The good news is that it’s a fun game and for 2.99 dollars you own the game without any additional in-app purchases. 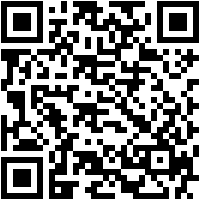