The Deer God is now available on iOS. In the game, you reincarnate as a deer and go on a platform-adventure with action and light RPG elements.

The Deer God is brand new in the App Store but has been around for a while. Last year it came to Android, in February of this year it appeared on Steam and now you can download it for iPad and iPhone (and the Xbox One).

The game seems like an endless run game, but there is indeed a (fairly philosophical) story. You begin the game as a human hunter, who comes in his hunting deer. Call it karma, but the so-called Deer God brings you back to life, this time not as a man but as a baby deer. You will be faced with what life as a deer is. If you succeed, you should perhaps return in the next life as a man.

Obviously that is not so easy. Survival is the goal, but nature is full of danger. For that, you defeat enemies and take considerable distances. Walking is done with a virtual joystick in the left corner of the screen, jump with one button on the right. By swiping you attack, but you can also set a button for it, which works easier.

But that’s not all. You have three bars: red is health, stamina is blue and green is hunger. Hunger is another enemy, because if you do not eat enough and on time, you will die. Fortunately, you’ll find along the way berries and apples to satisfy the appetite. You die like deer, then you will be punished for it by Deer God.

During your adventure through the otherwise beautiful voxel world, you also come across a karma system. This determines whether you are good or bad deer, depending on what you do to the world. Which way you go, with this system you unlock more powers for deer, like a double jump and more.

Still, The Deer God is not perfect. There are still some bugs in the game and you can call it a bit repetitive. Currently, the game costs 6.99 dollars. 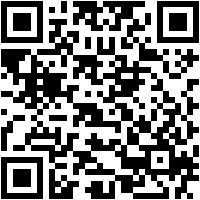