Google has released a separate Google Street View app for iOS. The app is now no longer part of Google Maps and allows you to view and make 360-degree photos.

Google Street View was for years part of Google Maps, but is now disconnected and available as a separate app for iOS devices. The app comes with several new features and now lets you create 360-degree photos. This is possible when you link Google Street View with a camera that can shoot in 360 degrees such as the Ricoh Theta S and NCTech iris 360. It is unlikely that you are in possession of such a device, but it’s a nice addition.

However, it is also possible to contribute to the application without having to dispose of a special camera. In the drop-down menu, you will find the option ‘Camera’, and here you can use the camera on your iPhone to shoot images. By focusing on the round dot, it automatically creates a picture.

A nice feature of the Google Street View app is the beautiful and clear interface. From the main menu, you can view images from all over the world, which works on the basis of the map at the top.

The tab “Collections” contains collections of photographs of specific locations. You switch between the different images by swiping the bottom of the map. Regularly there are unique locations available.

The Google Street View for iOS app is free to download via the link below. The app is 49,8MB large and works with iOS 7 or higher. 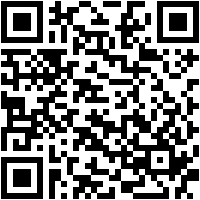