Google finally has released a new version of the chat app Hangouts. Version 4.0 is being deployed in phases in Google Play, so it may take some time before all users can update the app.

In a blog post, Google announced that Hangouts 4.0 is faster and simpler. What is immediately striking about the new app is the action button right below, which is typical of the Material Design of Android, which was still absent in the previous version. By pressing the button, you start new (video) conversations, create groups, and quickly select frequently used contacts. The tabs at the top are therefore no longer necessary and, therefore, disappear in the new app.

Furthermore, the field in which you enter multiple contacts for a group, is slightly modified. Formerly it asked here after adding one contact whether you wanted to add someone else. There is now an overflow menu with two options when you tap and hold a message: “Delete” and mark it as unread “Notify”.

In chats where you have muted notifications, the big red bar is replaced by a smaller message to keep you up to date. This makes Hangouts 4.0 look a lot cleaner. There are a number of other changes introduced Hangouts 4.0, including the ability to set a status on Mobile that is also visible to your contacts.

Chat conversations are a little clearer thanks to the use of the color white for incoming messages and gray for outgoing messages. Moreover, the chat bubbles are slightly rounder. With new buttons below the text field you can quickly share emoticons, pictures, stickers and location.

For tablets, Hangouts does not seem quite optimized. The app image may be split in two to reveal for example contacts and conversations. Google Hangouts 4.0 adds support for Android Wear, so you can chat with your smart watch and send emoticons.

You can download Google Hangouts 4.0, but because the update is rolled out in phases, it may take time before the final version is available for you. You can check or update to the latest version via Google Play > My Apps. 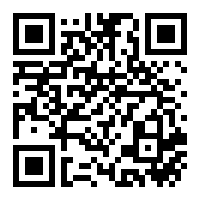