Worms was a significant part of my childhood. Hours were spent at the computer in the company of the murderous worms and some friends. Is Worms 4 for iOS just as nice as before?

The new part in the series still revolves around two teams of bloodthirsty worms battle with each other. The teams take turns bombarding each other with an arsenal of weapons and can hereby also fully use the environment and / or destroy it in order to defeat the opposing army. It actually sounds very harsh; slaughtering an army of worms. However, the bright colors and cartoonish design of the worms make sure that the game looks graphical touching rather than deterrent.

Worms 4 also brings a new arsenal of weapons with it. One is Hayley’s Comet, a flamethrower which definitely kills several worms in a single turn. The weapons in the new Worms game have more than one hundred upgrades available to them, which you can include increasing the impact of the weapons.

In total, there are 80 single-player missions available in five different locations: Middle Peat, Candi Ville, Wacky-Habara, Tommorw Islands and the Fro Zone, which are also decorated beautifully again. The game also features a multiplayer mode, of course, which is something that makes Worms 4 fun. After all, what is more satisfying than to kill the army of worms from one of your friends?

Each day there are temporary challenges with which you can earn a reward for yourself, but also for the faction, the red or the blue army, which you can join. New is ‘World Events’, a weekly event where players worldwide compete for new rewards for their faction.

A big advantage of Worms 4 is that the speed has improved. Since the landscapes and teams are reduced and the race duration is shortened, the game is made more suitable for mobile use. Add to that a simplification of the control in and you can conclude that Worms 4 is a progression of Worms 3. I already want to play!

Worms 4 is available for download in the App Store for 4.99 dollars. The app requires 150 MB of free space and a minimum of iOS 8.0. Download it from the link below. 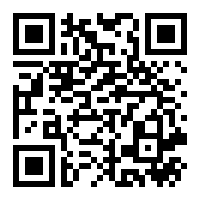