Clash of Clans is a strategy game in which, like many other strategy games, the goal is to build something. First, you lay the foundation of your village and you make sure that you can fetch and store commodities like gold and elixir of the land. Then you make sure that you can defend your village by putting defenses down like cannons and archers towers. By creating forces, you can attack other villages and steal raw materials from which you can build your own village again. Build your Clan Castle and join with your friends (or strangers) in a Clan. You can help each other by sending troops that you can use in an attack. Or they defend your village if you are attacked.

Although Clash of Clans is free, you can buy “Gemstones” for real money via In-App purchases. With gems, you can buy raw materials, so you don’t have to save for long, or speed up the delay of the construction or upgrading accelerate parts.

Below are some useful links from official Clash of Clans websites:

And a number of other websites about Clash of Clans:

Use these tips to get better in the game. 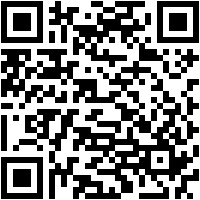