Bowling with your Apple Watch thanks to watchOS 2

The upcoming update for Apple Watch, watchOS 2, gives third-party developers the ability to use more parts of Apple Watch for their apps, including the built-in accelerometer. The developer behind the game Bowling Central, available for Apple TV, make good use of it and are currently working on a new way to control their game: with the Apple Watch. Previously you used your iPhone or iPod where you threw the bowling ball as if you used a Wii Remote.

When Nintendo introduced the Wii, the concept of motion gaming was an immediate fact in many living rooms because the control of most games was clear. Nintendo delivered the game Wii Sports with the purchase of the game console, allowing you to instantly have an idea of ​​what you might expect. You control the bowl game in Wii Sports, just as you would in the real bowling. You wave your (much lighter) arm back and with the buttons on the Wii Remote release the digital ball and let it roll into the game.

Bowling Central, therefore, used the accelerometer and AirPlay on the iPhone and iPod to control the game, but as you can see in the above video, the game can also be controlled with your Apple Watch. It’s not clear yet how you release the digital ball. Apple Watch may perhaps not be a revolutionary gaming device, but it keeps the hardware interesting for anyone who will end up with great ideas like this one. When watchOS 2 is available, Bowling Central will also get an update. 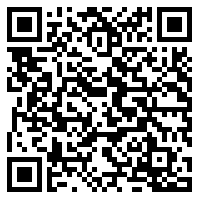