The beautiful game Alto’s Adventure, which was published last February in the App Store, will also soon be available on Android. The game is ported by Noodle Cake Studios, previously released Super Stickman Golf.

Alto’s Adventure is similar to endless runners like Temple Run but stands out for its elegant style, pleasant atmosphere and smooth animations. In the game, you whiz as a snowboarder from the top of a mountain down, in which you collect coins and other objects at the right time by tapping on the screen to make your character jump.

Gradually, the game becomes more difficult by the various obstacles that you encounter on your path. They can end your ride (and thus your high score) mean. As you progress, the surroundings and the weather changes too. Your score is determined on the basis of the distance traveled, number of collected coins (and llamas) and the number of gaps that you’ve managed to avoid. By performing and combining leaps, flips and other tricks, you can significantly boost your score.

You can download Alto’s Adventure for $1.99 in the App Store and that price tag will be likely the same on Google Play. It’s not known when we can start playing the game on Android. 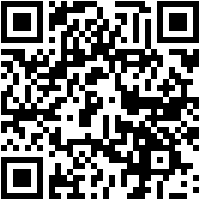