Angry Birds 2, the first true sequel in the series that was born in late 2009 has found its way to Google Play and Apple App Store. In this sequal, the angry birds are again against green pigs that try to steal their eggs.

The first thing you notice when you start Angry Birds 2 is that the game has been upgraded graphically. The colors splash of your screen, and especially the backgrounds of the levels look a lot better.

In essence, Angry Birds 2 is the same as any other Rovio game with the evil birds in the lead. This time you move on a world map with different levels, then you fire the birds with a slingshot on green pigs. What is new is the possibility to choose your order to shoot the Birds. This will undoubtedly play an important role in the later levels in achieving a high score.

Also, some levels now consist of multiple screens, and there are bosses to defeat. In addition, new birds added to the collection as well as new superpowers that you can use if you are stuck in a level.

Free, but with in-app-purchases

Rovio also added in-app purchases. You can download and play Angry Birds 2 for free, but in each level you have only a limited number of attempts. The birds you have at your disposal per level – and each with their own abilities – are represented by cards. If you are unable to finish a level with those cards, then you should buy new or you lose a life. Every half hour you get a new life, but if you do not want to wait, you can also supplement your lives with 60 gems. Per 80 pieces, you pay 99 cents.

In the beginning it is not such a problem, as the game starts with a detailed tutorial and subsequent levels are simple. As the levels become more complicated and more efforts are needed to achieve them, you should wait or invest more and more in one of the bundles with precious stones. The largest collection of gemstones 5700 cost as much as 50 dollars. 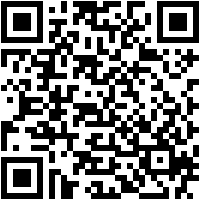